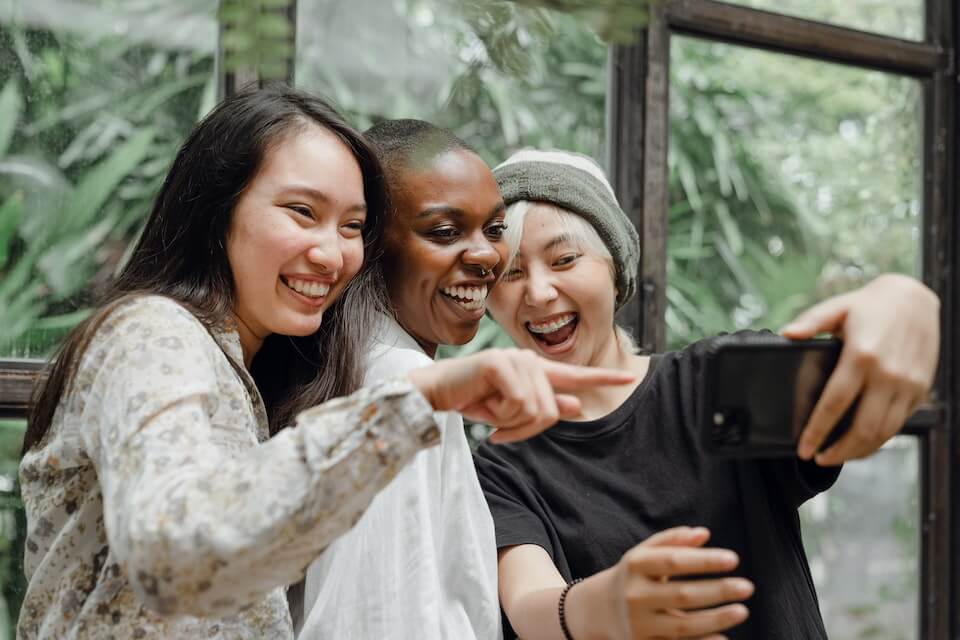 How Do You Know If Your Social Campaigns Are Successful, If You Don't Set Targets?

Social media campaigns only work when they have clear objectives. And, typical objectives are calls to action not racking up specific numbers of views, likes or re-tweets.

Nevertheless, re-tweets, views or likes can be useful subsidiary social media metrics that help set the context for campaign reach or interaction levels. But, it is pointless bringing expectations about social media reach from large, consumer-oriented campaigns to higher education campaigns with more limited or specific objectives. And, setting targets or expectations around a general sense of what other universities and colleges seem to have achieved is just as mis-leading.

One way of introducing more rigour is to understand the typical performance of similar institutions: whether by size, use of social networks, affiliation or other characteristics.

We look at five common situations and uncover typical social network performance metrics. The data doesn't tell us if the wider campaign objectives (for example, student recruitment or event participation) will be met, but it does show whether posts or tweets should reach hundreds or thousands of intended recipients. The data comes from our US higher education institution social media dataset. We will shortly be making social media data available about non-US institutions.

Smaller institutions have limited resources to devote to on-going social media activities, so it is especially important to have realistic expectations for engagement and activity levels. 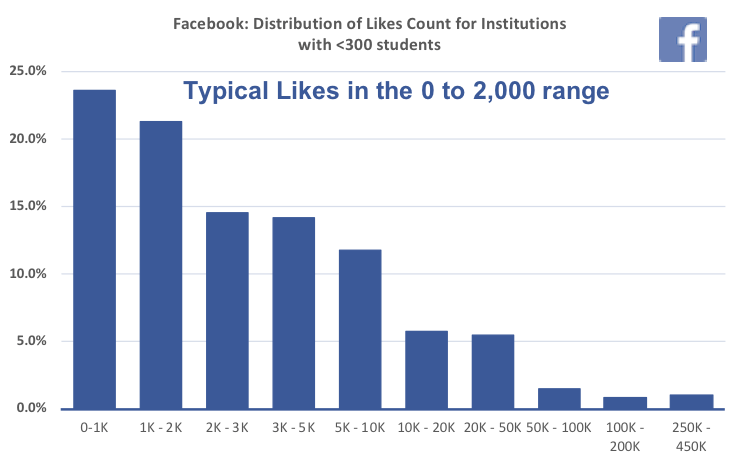 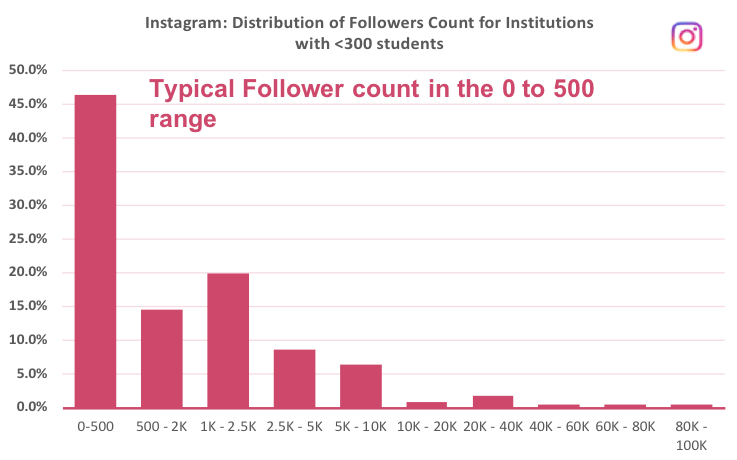 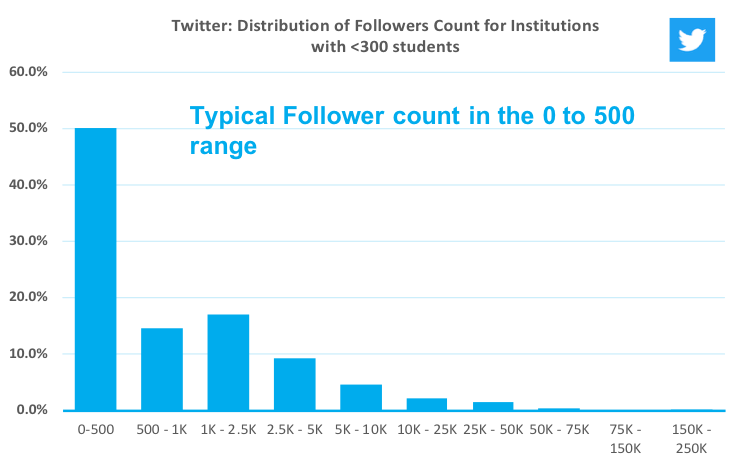 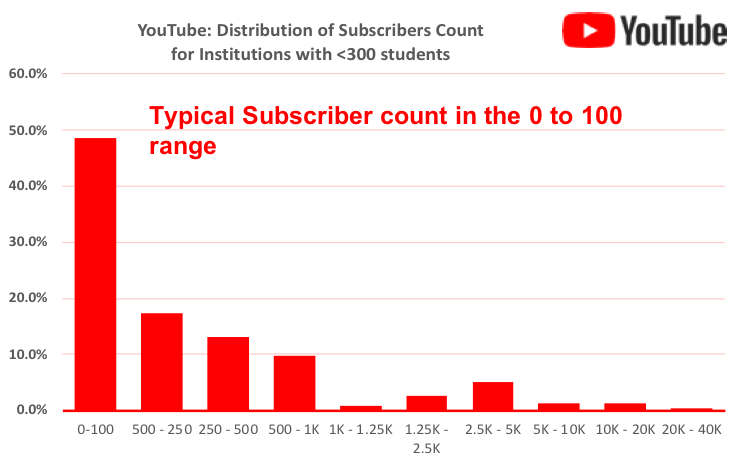 Previous posts have highlighted the range of performance metrics for the four main social networks the US colleges and universities use. As the above graphs summarise, engagement levels for smaller institutions are typically in the hundreds not thousands of social media participants, which suggests a narrow reach for these networks.

Use Case 2: How do our small-school peers perform on social media?

At the same time as recognizing they have limited resources, smaller institutions are aspirational and with the right tools and services they may be able punch above their weight. 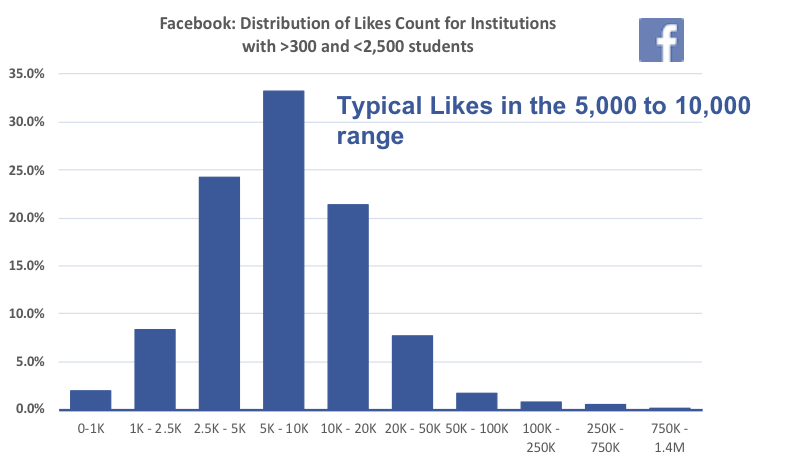 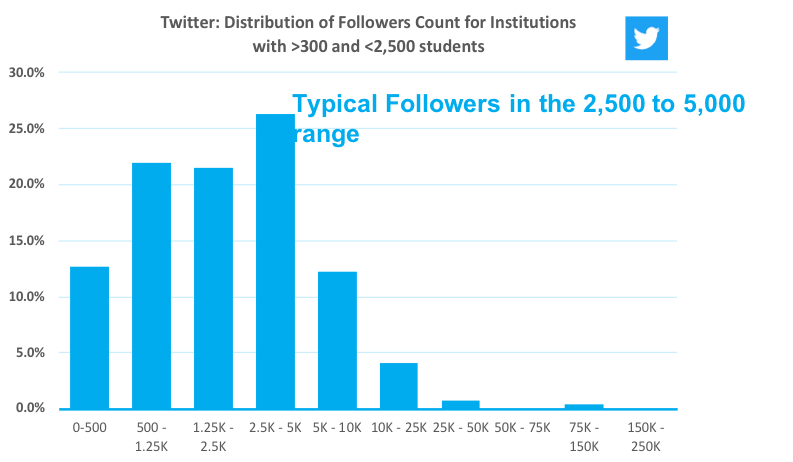 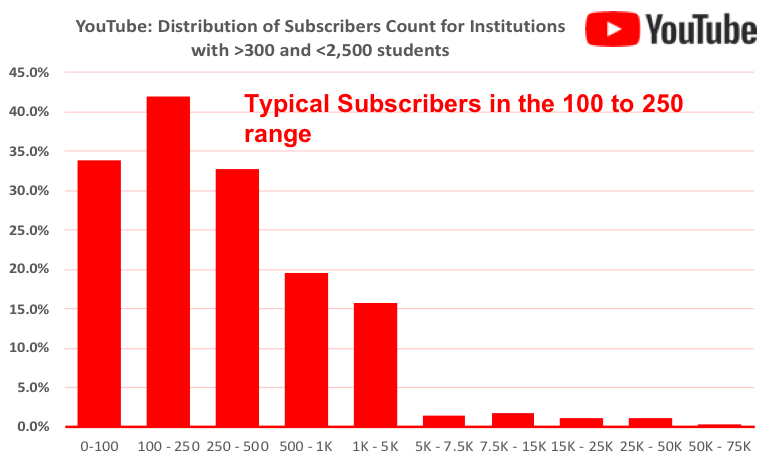 We drew the data from higher education institutions with 2,500 students plus or minus ten percent. While the absolute numbers of followers or subscribers increases with the size of the institution, for the bulk of these institutions the reach is still roughly equivalent to the number of registered students rather than multiples of those numbers.

Use Case 3: How much tweeting do our peer land grant institutions do?

“We are one of just over 100 land grant universities. How often do our peers tweet and how much do those tweets get Liked?”

It turns out that land grant insitutions have a signficant Twitter presence. While 2/3rds of the accounts have fewer than 50,000 followers - a third of the institutions have between 10,000 and 50,000 followers: large followings for any Twitter account. Twitter output is consistent with the numbers seen in other sub-groups: the more active accounts tweet about 4 times daily.

Use Case 4: What kind of numbers are we talking for top 20% Twitter accounts?

“Given Twitter’s ubiquity and popularity, if we want to be a top quintile Twitter performer, what sort of numbers are we looking at?”

If we omit two institutional outliers that distort simple descriptive statistics, the top 20% of Twitter accounts push out between 4 and 16 tweets per day.

A broad range, reflecting the radically different decisions higher education institutions make about the purpose of their main Twitter accounts – from fast breaking news feed to slower-paced information dissemination channel. The daily tweet production reflects those policies as well as the general strategy of who tweets on the organisation's behalf.

Output is one measure of activity. While the number of followers can be viewed as a measure of conversion of output into active engagement. A cadre of four ivy league institutions have over 275,000 followers, otherwise top 20% US higher education Twitter accounts have between 16,000 and 270,000 followers. These are relatively small counts in the context of some well-know organisations on Twitter, but should be borne in mind when looking at realistic targets for gathering an institutional audience.

Use Case 5: If video is the way to go, how is everyone doing on Youtube?

Words on a web page are all very interesting, but everyone is pushing the effectiveness of video to reach target audiences. It’s probably time we took this channel more seriously.

“Everyone says we should use more video on our website through a YouTube channel. What are reasonable expectations for subscriber numbers? We want some context before we invest in video creation.” 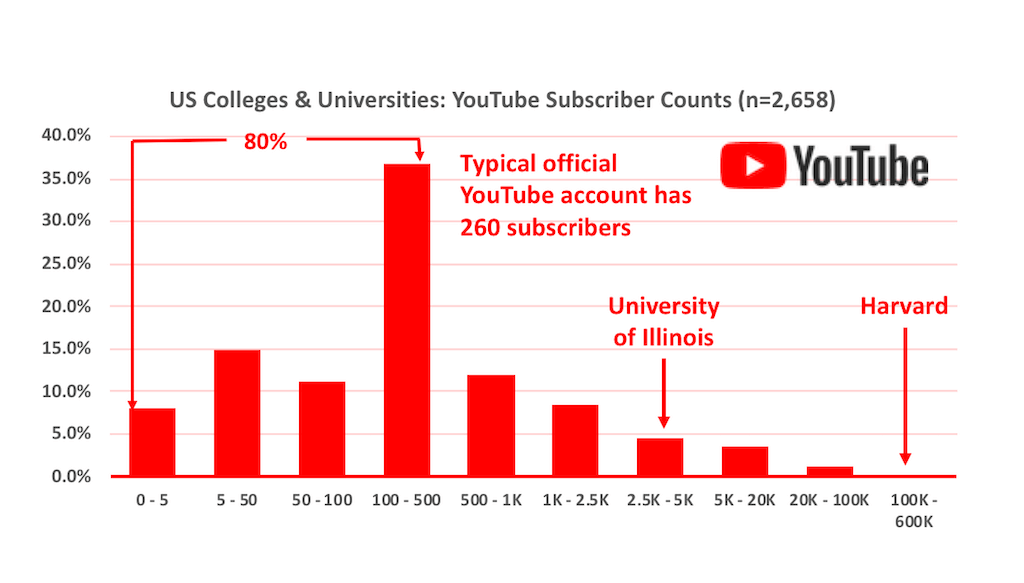 Compared to some of the headline YouTube channels or performers, US higher education subscriber numbers seem low. However, it is not necessary to subscribe to view YouTube video content. As the right hand chart shows, engagement levels with video content are comparatively high and judicious investment in video production may generate satisfactory rates of return.